Congratulations to John Bull, vice chairman of Shriners Children’s Ohio and Past Potentate (president) of Antioch Shriners, who was recognized for his fundraising and philanthropy efforts in his local community.

In honor of National Philanthropy Day, Bull was named Outstanding Fundraising Volunteer by the Dayton chapter of the Association of Fundraising Professionals (AFP). The mission of AFP, an association of professionals throughout the world, is to advance philanthropy by enabling people and organizations to practice ethical and effective fundraising. Last year, Bull raised $400,000 for Shriners Children’s Ohio.

Bull serves as the vice chairman of the Shriners Children’s Ohio Board of Governors. He is a Past Potentate of Antioch Shriners and has been involved with the leadership of several Masonic temples and Shriners International clubs and units.

When Shriners Children’s Ohio moved from Cincinnati to Dayton, Bull was instrumental in fundraising for the hospital location naming campaign. He spoke at numerous Shriners International clubs and Masonic temples throughout the Miami Valley to secure major gifts. He also led the effort to auction the artifacts from the Cincinnati location. When Shriners Children’s needed to raise money for an emergency patient transport from Grenada, Bull secured the money to bring this child to Dayton. His influence with Shriners Children’s and donors in the region is unmatched.

Just during the last year, Bull raised $400,000 for the location naming campaign, emergency transportation fund and patient services. However, he’s spent 40+ years raising money for Shriners and Masonic organizations. His father was an active Shriner and now his son is also involved, completing a legacy of giving to Shriners Children’s. 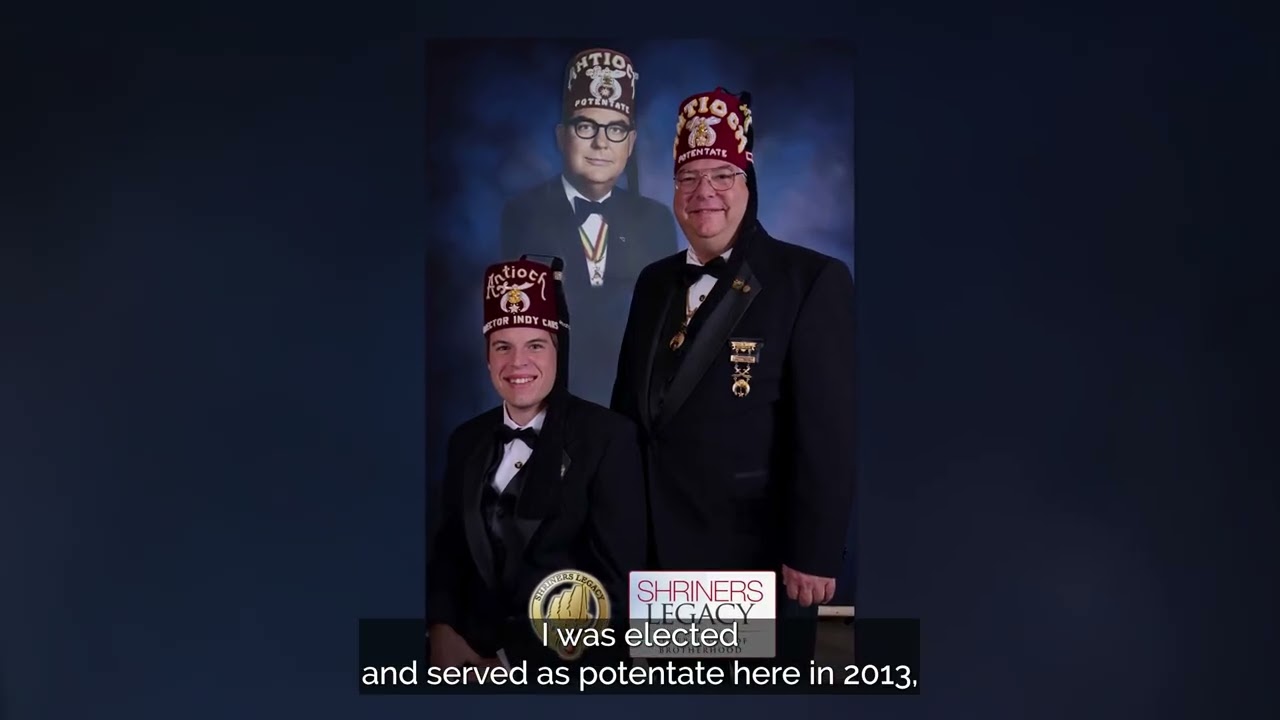 Shriners Hospitals opened with their first hospital treating polio patients and my father as a child had polio and was treated in our St. Louis hospital. I believe that's where he had the inspiration and initiative to become a Shriner first.

As I grew up as a child in a Shrine family, the Shrine was my second family. One of the things my dad always said was, if you're going to complain about something be ready to jump in and fix the problem.

Well, I jumped in with both feet and I've been a Shriner since I was 21, which is the earliest I could join at the time. The first hospital I was ever in, I had a little child come up to me and just hug me and that's all took. You know you break down in tears for that kind of love and that kind of joy. From that point on any time that's needed anytime it's wanted you're there to do it. I was elected to the Divan and served as Potentate here in 2013, which ironically was 40 years to the year from when my dad served. The mission of purpose is to serve as many children as we can through our doors of the hospital. Treating burns, treating cleft lip and palate. We're starting a new joint program with Dayton Children's, which is a lot of plastic surgeries. To make anything that you touch work you have to have a great staff. You have to have great people to work with and I try to surround myself with those people. And the people that we work with the Shriners are the best. They're the ones that deserve this not me. They're the ones that did all the work and I thank them for this. This award is about them, it's not about me.

Bull is a dedicated board member of Shriners Children’s Ohio, and donates his time for countless meetings. He worked closely with the hospital’s team to sell the building in Cincinnati, and his professional experience made him uniquely qualified to help with the construction of the facility in Dayton. Bull is the “go-to” person for the local Shriners because he is so involved and committed. He is constantly thinking of ways to position Shriners Children’s Ohio in the most positive light locally, regionally and nationally. His wife, Pam, is by his side and devotes as much time to supporting Shriners International and Shriners Children’s as he does. You can find Bull volunteering at various fundraisers and organizing other volunteers to participate. His personal financial commitment to Shriners Children’s, Shriners International and Freemasonry is what all organizations hope for: he gives his time, talent and treasure.

Shriners Children’s Ohio provides care for children with acute burns, craniofacial conditions, and those who need plastic/reconstructive surgery, regardless of the families’ ability to pay or insurance status. As a volunteer fundraiser, Bull helps the hospital’s development team reach its annual fundraising goals.

Bull leads with character and charisma. His personal dedication to supporting Shriners Children’s Ohio is a powerful example of commitment. He is highly-respected by peers, fellow Shriners and Shriners Children’s staff. He is not afraid to speak his mind or challenge the status quo. Bull strives for excellence, has a great sense of humor, and promotes fun and fellowship. He is responsive and helpful to the Shriners Children’s fundraising team, and always positions them for success. The hospital views him as an extension of their philanthropy team because of his motivation, relationships and effectiveness.

In addition to supporting Shriners Children’s Ohio, Bull actively raises money for the Bull Family Diabetes Center at Miami Valley Hospital through an annual golf outing. He’s been an officer in the Far Hills Masonic Lodge, Antioch Shrine Center, and has served as the regional membership director for Shriners International.