Grand Masters Share Their Stories of Service and Gratitude

As members of the masonic fraternity and family, many Shriners actively serve their lodges and Grand Lodges – some as Grand Masters. We are grateful to some of our Grand Masters and Past Grand Masters for sharing their unique and important perspectives. Although their stories and approaches are different, they all showcase the shared values of Masonry and Shriners International: brotherhood, charity and truth. 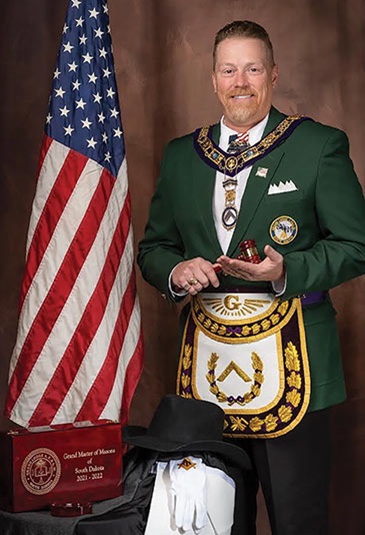 Jeffery VanCuren’s commitment to both Masonry and the Shriners organizations is rooted in gratitude. VanCuren, Grand Master of South Dakota, was treated for clubfoot at our health care facility in Minneapolis as a child, receiving care over a 10-year period.

The efforts and expertise of the staff there gave him the opportunity for a full and productive life.

He was an all-conference football player in high school, earned a three-year Army ROTC scholarship and served in the Army for 20 years. During that time, he was stationed in Germany, Virginia, North Carolina and South Dakota, as well as being deployed to Bosnia and Iraq.

He joined Fredericksburg Lodge #4 in Fredericksburg, Virginia, (the Mother Lodge of George Washington) in 2010 with the intent of becoming a Shriner. He joined Kena Shriners in Manassas, Virginia, in 2011 but was not particularly active. VanCuren moved to South Dakota in 2015 and was asked to serve as the District Master of the Masonic lodges almost immediately after becoming active with Mount Rushmore Lodge #220 in Rapid City, South Dakota. He helped plan the celebration of Masonic involvement with the Mount Rushmore National Monument during the 75th anniversary of the monument in 2016, and helped plan the Conference of Grand Masters that was held in Rapid City in 2019. These activities led to his being elected Senior Grand Warden in 2019 and Grand Master in 2021.

He is also an active member of Naja Shriners and is currently serving on the Divan as Oriental Guide.

Being a Brother and Sharing a Sense of Belonging

For VanCuren, Masonry provides a path to becoming a better person, a way to express faith and a place to belong and connect with others. “Masonry gives me a place that I can connect with other men and gives me a sense of belonging and a place that I can improve myself according to tenets that we all agree on: Brotherly Love, Relief and Truth,” said VanCuren.

Masonry was also welcoming and inclusive.

What really caught hold of my interest in Masonry was that the moment I finished my Entered Apprentice Degree, I was truly one of the Brothers.

As Grand Master of South Dakota, VanCuren works to strengthen and prepare the state’s lodges and individual Masons for the future.

“I am entrusted with the future well-being of the fraternity in South Dakota. My role is to help direct the future of the organization and how we best serve our individual lodges and the Masons located within the borders of our state,” said VanCuren, “I am responsible for keeping us moving in a positive direction for the future. My goal is to prepare lodges for the new reality of small town America, as we see a shift of populations moving to bigger cities and population centers.”

As both Masonic organizations and the Shriners work to increase membership, VanCuren hopes he can help make a difference for both groups.

“I hope that being a leader in both organizations I can show that we need each other and that we no longer have the luxury of being just a Shriner,” VanCuren said. “We all need to be active in our Masonic lodges.”

“All I am I owe to the Shriners, and their healthcare system,” VanCuren said. “I became a Shriner to give back to those who gave so much to me.”

VanCuren may be the first Grand Master to have been a patient of Shriners Hospitals for Children – it was clearly a life-changing experience that has impacted his life in countless positive ways.

A Life of Service Grounded in Gratitude 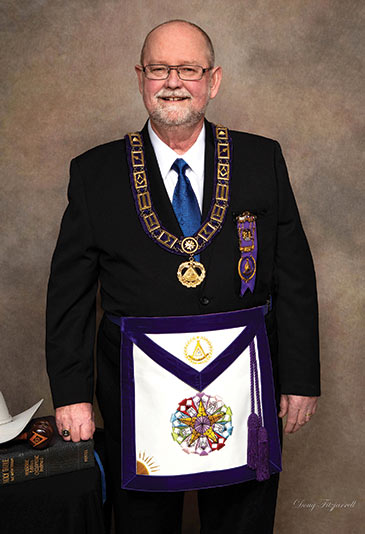 Paul D. Underwood, a native Texan and Past Grand Master of Texas, has extremely strong ties to Masonry, and to the Shriners fraternity. His father was a Mason, as well as several other members of the Underwood family, spanning at least three generations and several states. Underwood’s father died when he was 4; When Underwood was 10, he and two older brothers were placed in the Masonic Home and School of Texas. Underwood graduated from the Masonic Home High School, went on to college and had a long career as an accomplished accountant.

Underwood became a member of Al Amin Shriners in Corpus Christi, Texas, in 1994.

A Shared Connection and Purpose

“I have always enjoyed Masonry and the Shrine, and the fellowship in both is interconnected. All Shriners are Masons first, and the lodges are where all prospective Shriners come from. As the lodge memberships go, so goes Shrine membership,” said Underwood. “I had an additional incentive to stay involved in the lodge. I grew up in the Masonic Home and School after my father died. I have committed my fraternal life to giving back to Masonry in whatever way I could for all it did for me as a child.

“As with anything in life you feel passionate about, you find the time somewhere. You don’t just say, ‘oh well, I don’t have the time.’”