The Legacy of Shriners Connects Son and Father

His father, Bill, who became a Shriner in 1967, was a member of Ali Ghan Shriners in Cumberland, Maryland, and loved the fun and fellowship that came with being a noble. He also enjoyed being a member of the temple’s Motor Corps. 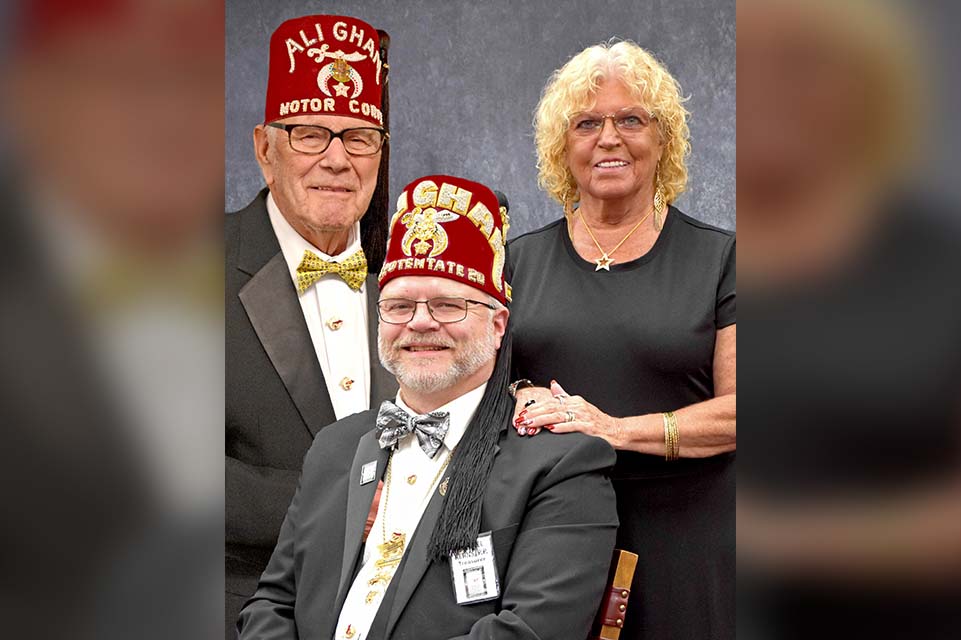 “He enjoyed being ‘one of the guys’,” Kerns said. Kerns became a member of Ali Ghan Shriners in 2007. “It was one thing that my dad did in life that I felt like I could emulate,” Kerns said. “I wanted to follow in his shoes.” Like his father, Kerns enjoys the fun and fellowship. He loves clowning and driving the little cars in the Motor Corps. As an experienced driver, Kerns typically leads the unit in parades, zigzagging the figure-8s and making spectators laugh. “The parades are really fun to me,” Kerns said. “But I rarely smile, because I am concentrating so hard!”

Being a Shriner, he said, means “Being able to share joy through parading with my fraternal brothers when driving the little yellow cars or clowning. It's a way to spread joy to our communities and put a smile on a child's face, knowing we are making a difference in children's lives.”

Serving the Fraternity and the Philanthropy

Following in his father’s footsteps also brought a new dimension into Kern’s life. Although his father never pursued leadership opportunities within Shrinedom, Kerns held various roles for the Motor Corps. Then he was asked to serve the temple’s leadership team; he was Potentate of Ali Ghan in 2020. Currently, he is the temple’s treasurer. “You get this crazy idea you can help people!” Kerns said with a smile. Kerns enjoys serving the philanthropy and is on the Board of Governors for the Shriners Hospitals for Children location in Erie, Pennsylvania. “I feel like if you do something, you need to do it right. You need to step above and beyond.”

A Positive Spirit Even During the Pandemic

Michael Kerns' mother, Theresa, has also been a role model for him. She has been an Eastern Star and Daughter of the Nile for more than 50 years. In 2020, when Kerns was Potentate, his mom served as his First Lady. Although they weren’t able to host galas together as they had hoped, they were proud to be able to lead their temple through the pandemic.

His motto is “Every day is a good day; just some are better than others.” With that positive spirit, Ali Ghan proceeded with a ballroom renovation that had begun early in the year, before the coronavirus crisis. They also found a way to move activities outdoors to their picnic grounds and pavilion, allowing them to continue some fundraising.

As First Lady, Theresa established a fund, named in honor of Erie Shriners Hospital patient ambassador Sarah, that will award a $500 scholarship to a patient at each of the three Shriners Hospi-tals facilities the temple serves: Erie; Philadelphia, Pennsylvania; and Ohio. “One of my goals has always been to make my parents proud of me,” Kerns said.

Bill and Michael Kerns have registered as members of the fraternity’s Legacy Program. As a Shriner, if you have relatives who are also nobles, you can be honored and recognized as a Legacy member.