Past, Present and Future Vision

Back in 1870, a small group of ambitious and visionary men set out to create a new fraternal organization for Master Masons – one that would emphasize fun and fellowship among its members. Two years later, their concept became a reality with the formation of the Ancient Arabic Order of the Nobles of the Mystic Shrine, now known as Shriners International.

Shriners International members have always had a concern for others, wanting to help support the needs within their communities. This led to the establishment of their official charity, or philanthropy, 50 years later. In 1922, the first Shriners Children’s hospital opened.

The many impressive accomplishments Shriners have achieved over the past 150 years prove that when people have a vision, and work tirelessly for causes they believe in, the impact can change the world. While times have changed over this past century and a half, the core vision of Shriners International has remained the same: to create a place for like-minded individuals dedicated to fun, fellowship and philanthropy to gather, bond and thrive.

A New Fraternity is Born

In 1870, several thousand of the nearly one million residents of the Manhattan area in New York City belonged to Freemasonry, the oldest, largest and most widely known fraternity in the world. The Knickerbocker Cottage, a restaurant on Sixth Avenue, was a popular lunch spot for many local Masons.

At Knickerbocker Cottage, a special lunch table on the second floor was set daily for 13 Masons. The men who dined there were all known for their good humor and wit. It was at that table, among this jovial group, where the idea for Shriners International was first established.

The men who met at this special table frequently discussed the idea of forming a new fraternity for Masons, based on the fundamentals of Masonry, but with the added elements of fun and fellowship. The Masonic organizations are often known to be stoic and focused on their ritualistic ceremonies. It is said that the original members were looking for a way to band together with local Masons, but in a more casual and fun atmosphere, and thus Shriners International was born.

On September 26, 1872, at Masonic Hall, 115 East 13th Street, New York, a meeting was called to formally organize the very first temple (chapter) of this new fraternity, which they called Mecca Shriners. Mecca Shriners is still the active Shriners International chapter in New York City, and today, there are nearly 200 chapters and thousands of clubs all over the world, spread across six continents.

When I was very young, my family was subject to tragedy in an accident that changed the course of my mother and father's lives. For the next several years, a man in a ‘funny red hat’ came to our aid with gifts, school supplies, etc. It was not until years later at the age of 9, that I began to understand what this group of men had set out to accomplish, and that is when I knew I wanted to become a Shriner.

Making the World a Better Place

While Shriners International was established to give Masons the opportunity to focus on fun and fellowship, charity quickly became a significant cornerstone of the fraternity. Masons, as a whole, already had a deep dedication to charity and helping others, and that theme continued and grew within Shriners International.

Beginning in the late 1800s, the early Shriners provided aid to their communities during catastrophic events such as epidemics, floods and hurricanes, and financial support to families in need, orphanages, Masonic homes, women’s and children’s hospitals, and more. These charitable acts foreshadowed the creation of an official philanthropy, which would occur in 1922 with the establishment of Shriners Children’s.

In the early half of the 1900s, polio affected thousands of people annually in the United States alone, especially children. Members of the Shriners fraternity recognized the need for pediatric orthopedic services and decided to do something about it. After years of laying the groundwork, their vision of providing specialty medical care to children, regardless of a families' ability to pay or insurance status, finally came alive.

In 1922, the first Shriners hospital opened its doors in Shreveport, Louisiana, providing state-of-the-art pediatric orthopedic care. Since then, Shriners Children’s has become one of the largest pediatric sub-specialty healthcare systems in the world, with locations in the United States, Canada and Mexico. Over the last 100 years, Shriners Children’s has improved the lives of more than 1.5 million children.

Shriners International continues to support Shriners Children's today as its official philanthropy, and their vision to change the lives of children and families lives on.

Culture and Tradition of the Fraternity

The first Shriners Hospital patient – a little girl with clubfoot – was seen on Sept. 16, 1922, in a remodeled home adjacent to the local Masonic temple while construction of the permanent hospital was underway. What began as a single hospital is now a world-renowned and beloved healthcare system with locations in three countries. In addition, outreach programs help Shriners Children’s provide hope and healing to more children in more places. 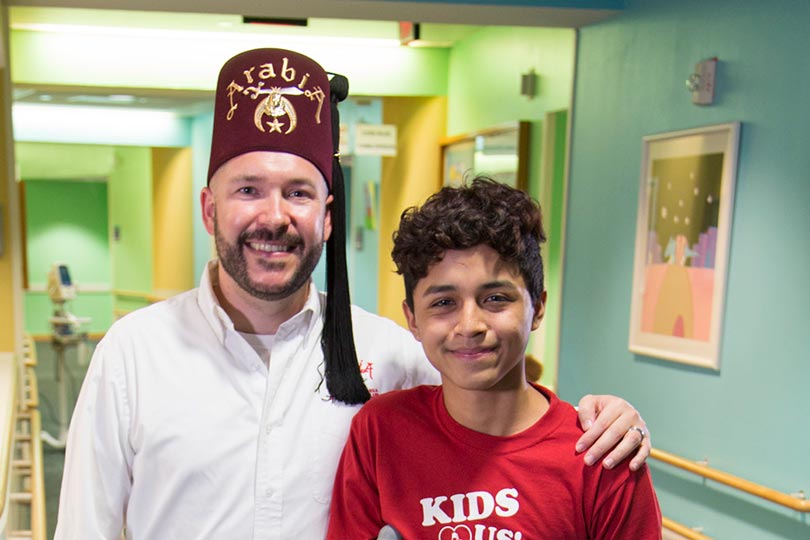 Looking Into the Future

For 150 years, Shriners International has offered its members brotherhood and camaraderie, as well as opportunities to serve others. The fraternity has become a place for men to gather for fun, fellowship and philanthropy, and that tradition continues as we move into the future. Our vision for the next 150 years is guided by our mission, which is to:

From our devotion to Shriners Children’s, to our support of each other, and our work in our communities, we will continue to make a difference in all we do.

Our goal for the future is to continue to welcome new generations of Shriners around the world, helping good men be even better. We have a long history of providing a quality fraternal experience for our members, and that tradition will continue as we evolve into the future.

In today's modern world, many relationships don't often extend past the screens of our phones and computers, and Shriners International hopes to help change that. We are looking to bridge and foster real-world connections around the globe, creating a place for people to come together, strengthen their communities and enrich each other's lives.

With so many opportunities to connect through fun, fellowship and giving back, we are more relevant now than we ever have been, and that trend continues as we move forward. Society needs Shriners and we are proud to meet that need far into the future.

If you are interested in being a part of something greater than yourself, and becoming a Shriner, visit beashrinernow.com. 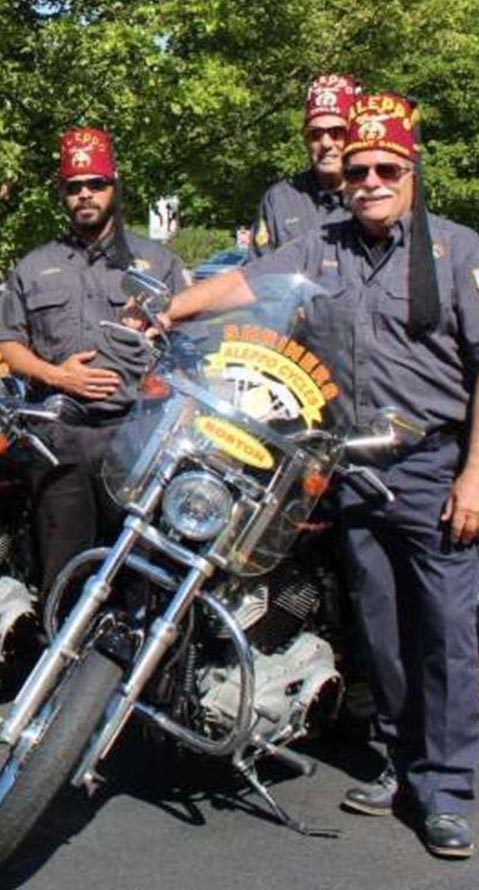 Shriners...making a difference in the world for a century and a half and we're just getting started!