Culture and Tradition of the Fraternity

Shriners International was founded in 1872, and the world is obviously a very different place than it was 150 years ago. But despite all the changes over the last century and a half, the heart and values of Shriners International has remained the same: the importance of friendship, community, giving back and being part of the solution to the world’s problems.

Today, the fraternity has nearly 200 chapters and thousands of clubs on six continents, and Shriners continue to be known around the world for their fellowship, brotherhood, compassion and generosity.

Shriners are also particularly known for their devotion to charity. In 1922, these inspired, passionate men established a now globally recognized pediatric healthcare system, Shriners Children’s, which they continue to proudly support today as their official philanthropy.

We invite you to learn more about the story behind this one-of-a-kind organization and the heart, soul, culture and tradition established over the last 150 years.

Fascinated by the Fez: The Beginning 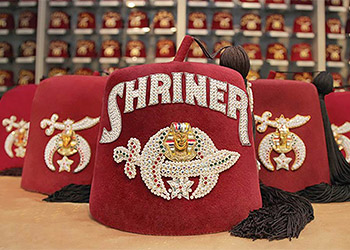 Many fraternities adopt a theme for their organization, very similar to the Greek fraternities on most college campuses, and the Shriners fraternity has done the same.

Shriners International is steeped in tradition, customs and pageantry, and the Near-Eastern theme established by the founders continues to provide a fun, colorful and recognizable backdrop for the fraternity today.

The fraternity was founded by two Masons, Walter M. Fleming, M.D., and William J. “Billy” Florence, a well-known actor. Legend has it that Florence was inspired while attending an Arabian-themed party in Marseilles, France, during a time when the mystique of the near East was fun and fashionable worldwide. He was intrigued and impressed by the colorful pageantry and suggested the fraternity adopt a Near-Eastern theme, and Dr. Fleming agreed.

At the time, the founders of the new fraternity were hoping to add additional elements of "fun" to its more serious Masonic foundation and a mystical Near-Eastern theme seemed like a perfect way to do so. In fact, the original name of the fraternity was the Ancient Arabic Order of the Nobles of the Mystic Shrine, with a play on the colorful Arabian theme that was so popular in the late 1800s.

This decision influenced the imagery, attire, activities and naming conventions of the fraternity; many of which are still used today. For example, Shriners wear distinctive red fezzes as their official headgear, serving as a symbol of one's membership in the fraternity. Local chapters have names like Egypt, Sahara, Morocco and Oasis, and images used in the fraternity’s regalia include camels, pyramids, the Sphinx and other ancient Egyptian and Arabian iconography.

What started out as a jovial and light-hearted way to incorporate more fun and color into the fraternity has become a series of customs and traditions now known and recognized around the world as belonging to Shriners International. Maintaining these iconic traditions throughout the years has also become a tribute to our original founders, as we wouldn't be here 150 years later without them.

Who are the Shriners? 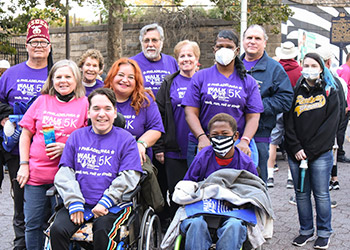 Shriners International is comprised of men of great character, compassion and strong values who are committed to family, fellowship and making the world a better place.

Throughout the fraternity’s 150 years, Shriners have represented a broad range of backgrounds, career paths and life experiences. Our members are known for their loyalty, camaraderie and steadfast support of each other and their communities in times of need. While Shriners International is an organization rich in history and tradition, it is also always evolving and advancing as new generations of members with different interests and cultures join us.

Since the beginning, members of Shriners International have always shared a common desire to help those in need. Known for aiding the victims of catastrophic events, such as hurricanes and floods, and serving those less fortunate in their local communities, Shriners have consistently shown a deep dedication to making a positive difference in the world around them.

To become a Shriner, a man must first be a Mason. The fraternity of Freemasonry dates back to the middle ages and has evolved over the past centuries. Today’s Freemasons are involved in a range of charity and community activities, come from all walks of life, and are men of good morals and reputation.

With an emphasis on the mission and openness of cultures, Shriners International has been able to expand around the world, and develop a strong reputation across multiple continents. As an organization, we have been able to transcend barriers and borders, attracting men of character and compassion from all around the globe. 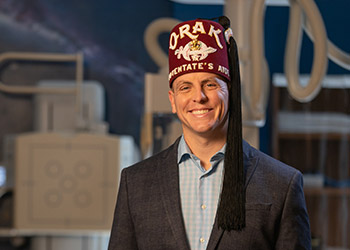 The Mission of Shriners International is to:

The Importance of Family 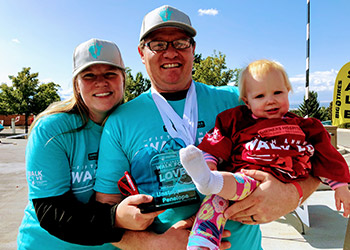 Shriners International greatly values and celebrates family. With a strong focus on being inclusive to members’ families, our local chapters often host events that include spouses, children, grandchildren and community members. Many Shriners and their families say they have formed lifelong friendships through their involvement in the fraternity and bonds they would have never found anywhere else.

Once a part of the extended Shriners International family, you are a part of a large, compassionate, supportive group of good-natured, like-minded people to navigate through life together. 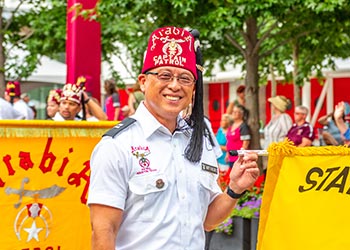 Shriners International was founded to add fun and fellowship to the Masonic fraternal experience, and that tradition continues today.

With an unwavering focus on fun, fellowship and community, Shriners frequently host events that appeal to audiences of all ages and interests. Many chapters host galas, family barbeques, pancake breakfasts, bingo games, Easter egg hunts and holiday parties in their local communities. They also often coordinate events to engage Shriners and the community in charitable causes, like toy drives, motorcycle runs and other fundraisers.

And of course, Shriners are well known for their participation in parades. This is a long-standing tradition that helps raise awareness of Shriners International and Shriners Children’s. It is also an opportunity for local chapters to build relationships with their communities. Choreographed drills in mini-cars, clown antics and band performances are only a few highlights of a Shriners parade.

There are so many opportunities for fun and fellowship in Shriners International, and each chapter has a number of activity-based clubs and units that members with similar interests can join and enjoy together. From beer-brewing to yachting, Drum and Bugle Corps to the Legion of Honor, the fraternity certainly has something for everyone. 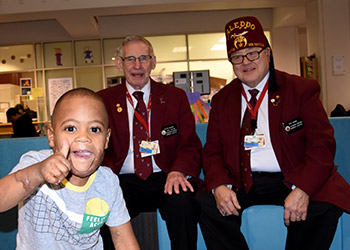 In 1922, fueled by their desire to make a difference in the world, Shriners founded their own philanthropy, Shriners Children's. Over the past century, what began as one hospital in Shreveport, Louisiana, has become one of the largest pediatric sub-specialty healthcare systems in the world, with locations in the United States, Canada and Mexico.

Many say that Shriners Children's is the heart and soul of Shriners International, and members are deeply committed to changing the lives of children and families through the healthcare system. Through fundraising, volunteering, education, awareness campaigns, board leadership and more, the impact of the fraternity continues to help Shriners Children's provide the most amazing care anywhere.

Past, Present and Future Vision 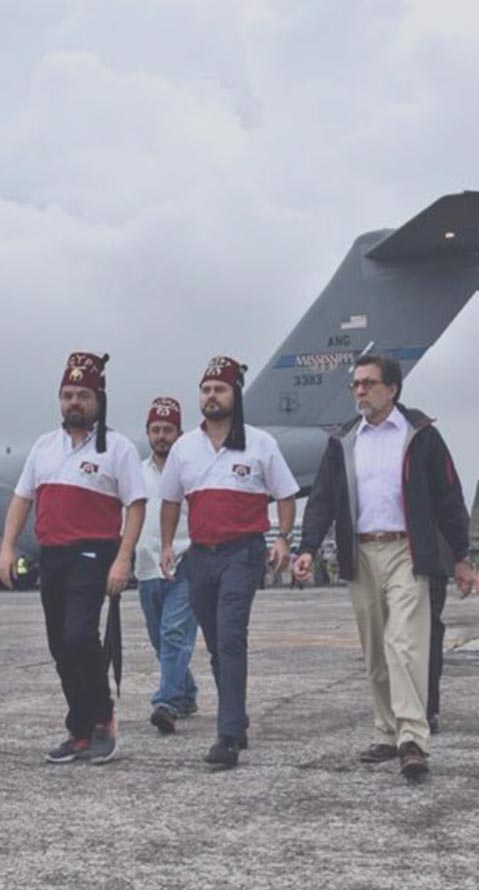 Take the first step in joining our global community of brothers.
Submit a Membership Application